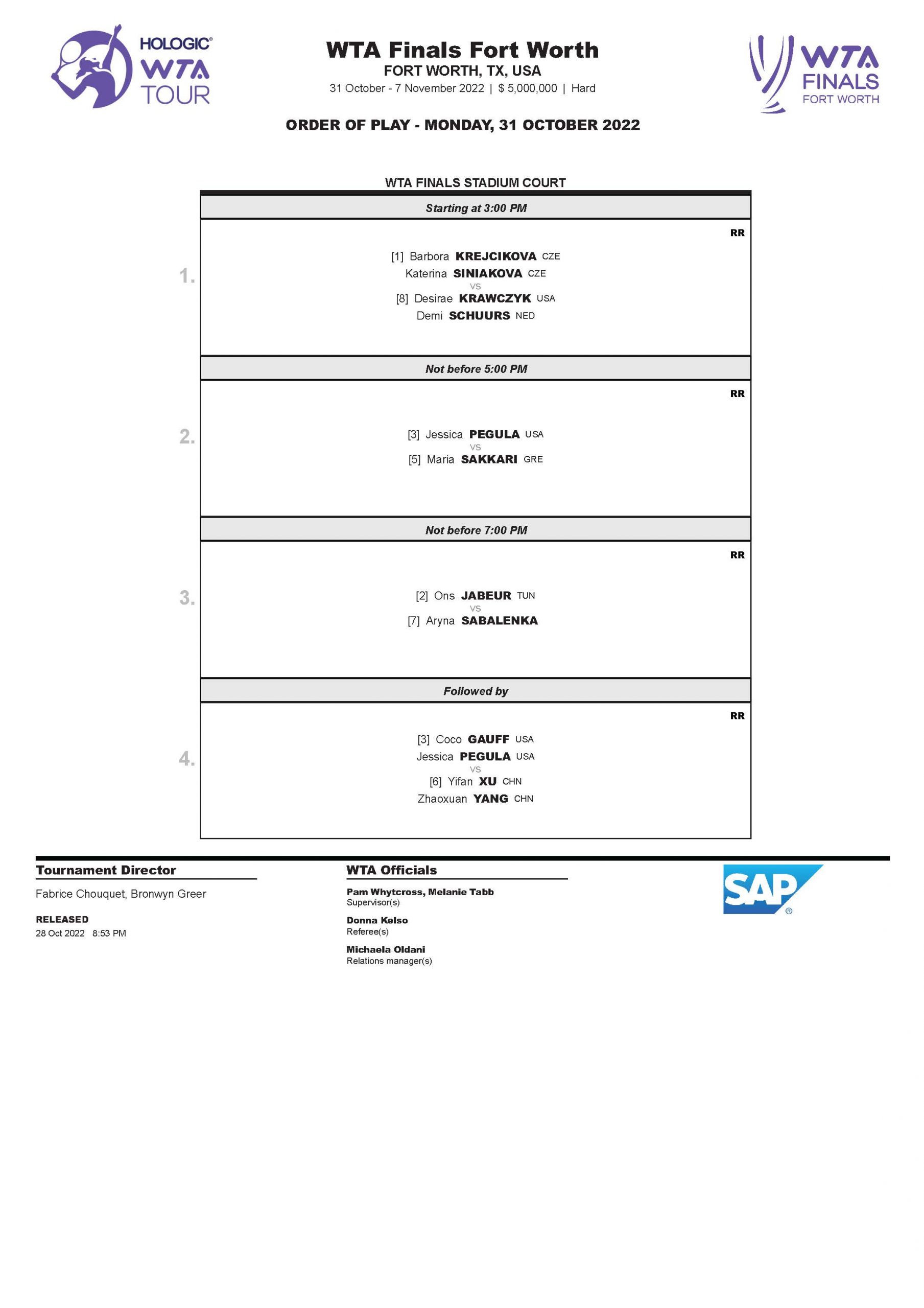 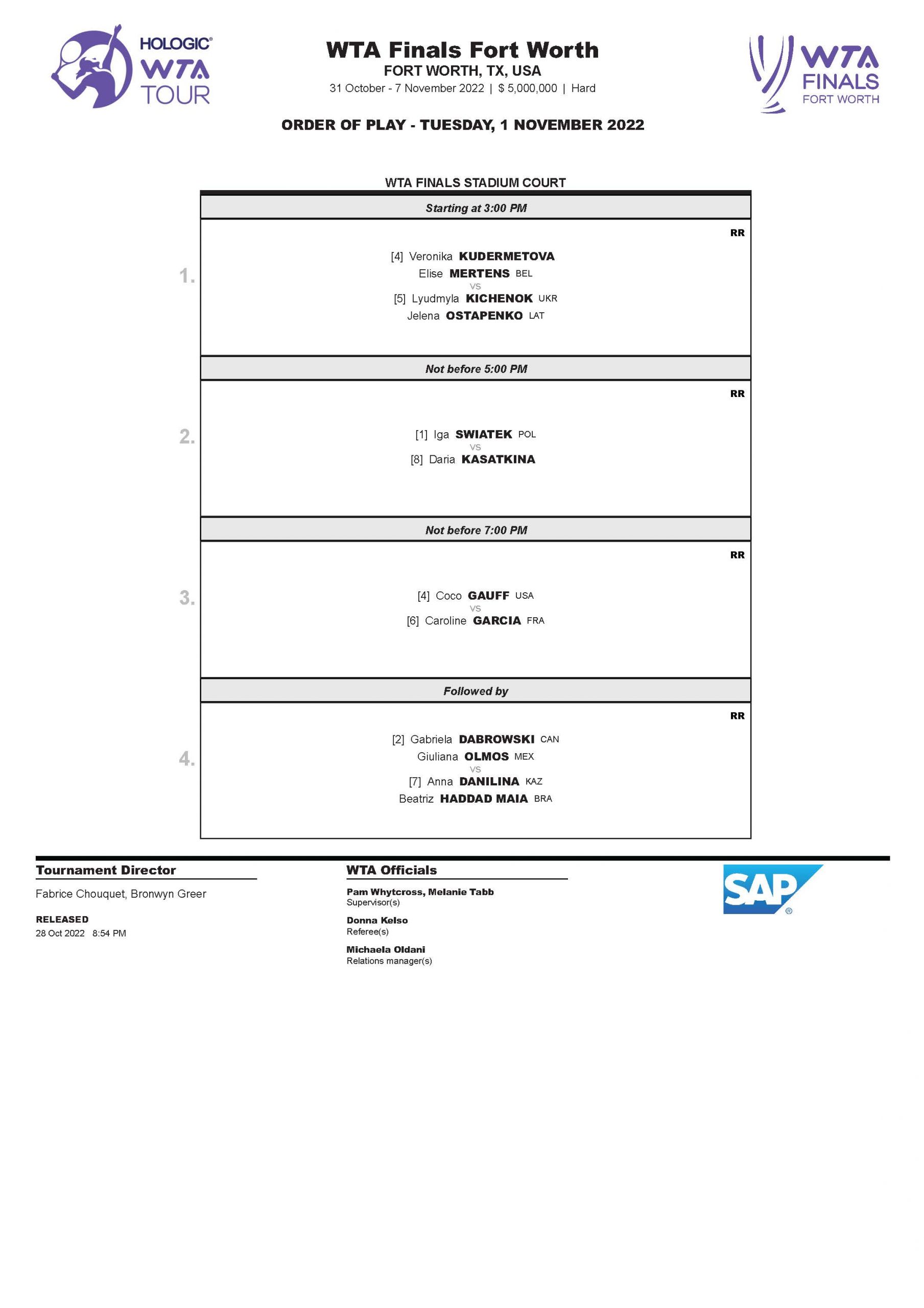 Check out the changeover from Post Malone to Chris Stapleton to WTA Finals.  Dickies Arena is ready to play tennis!!

Dickies Arena will be the site of the WTA Finals (Women’s Tennis Association), bringing the eight best singles players and doubles teams from the 2022 WTA season to Fort Worth for the season-ending championship.  The fields for the event were finalized this past weekend during the regular season finale in Guadalajara.  The tournament will run from Monday, October 31st through November 7, 2022.

The WTA Finals doubles qualifiers include:

Join us in the North Club at Dickies Arena for premium full-service dining featuring signature flame-grilled steaks, lite-bite sharables and salads and housemade desserts. Don’t forget to stop by the North Club Bar for incredible views of the action on the court, specialty cocktails and snacks

Fort Worth will host the prestigious year-end finale, featuring the top 8 singles players and doubles teams in the Race to the WTA Finals Fort Worth, October 31 through November 7th at Dickies Arena!

Ticketing details for the 2022 WTA Finals will be available soon via Ticketmaster. 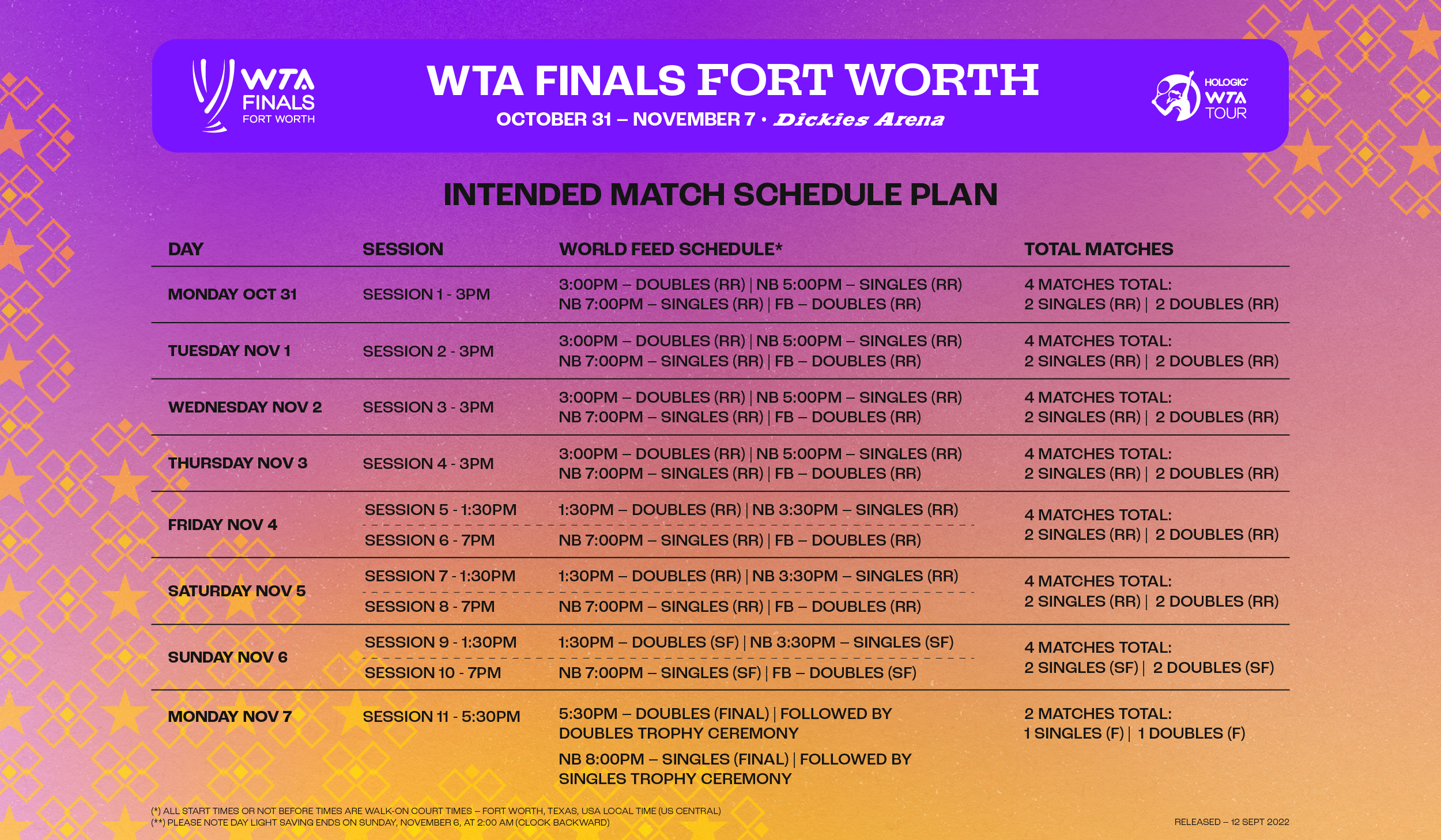 Click here to see the latest standings on the Race to the WTA Finals and here for the updated 2022 WTA Tour calendar.

Founded by Billie Jean King in 1983 on the principle of equal opportunity, the WTA is the global leader in women’s professional sports. The WTA is one of the world’s most recognizable and high-profile sports organizations, consisting of more than 1600 players representing approximately 87 nations, all competing to earn WTA rankings, points and prestigious tournament titles. The Hologic WTA Tour is annually comprised of around 50 events and four Grand Slams, spanning six continents and nearly 30 countries and regions with a global audience of over 900 million. Further information on the WTA can be found at wtatennis.com. 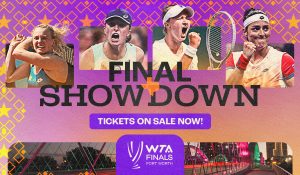